„What's the theme of the special show?“ That is the question on everybody's lips in the run-up to the Bremen Classic Motorshow. Although today, the question should be in the plural. After the overwhelming response to the automobile exhibitions in Hall 5, it was only logical to repeat the concept with a special show for motorbikes in Hall 1. And the reaction was the same. The themed exhibits were a massive hit with the public!

Right from the start, the vision behind all these special shows was to present rare originals and stand-out developments in design and technology. Every year, we develop new, original themes, source the right exhibits in Germany and abroad, and build custom backdrops. 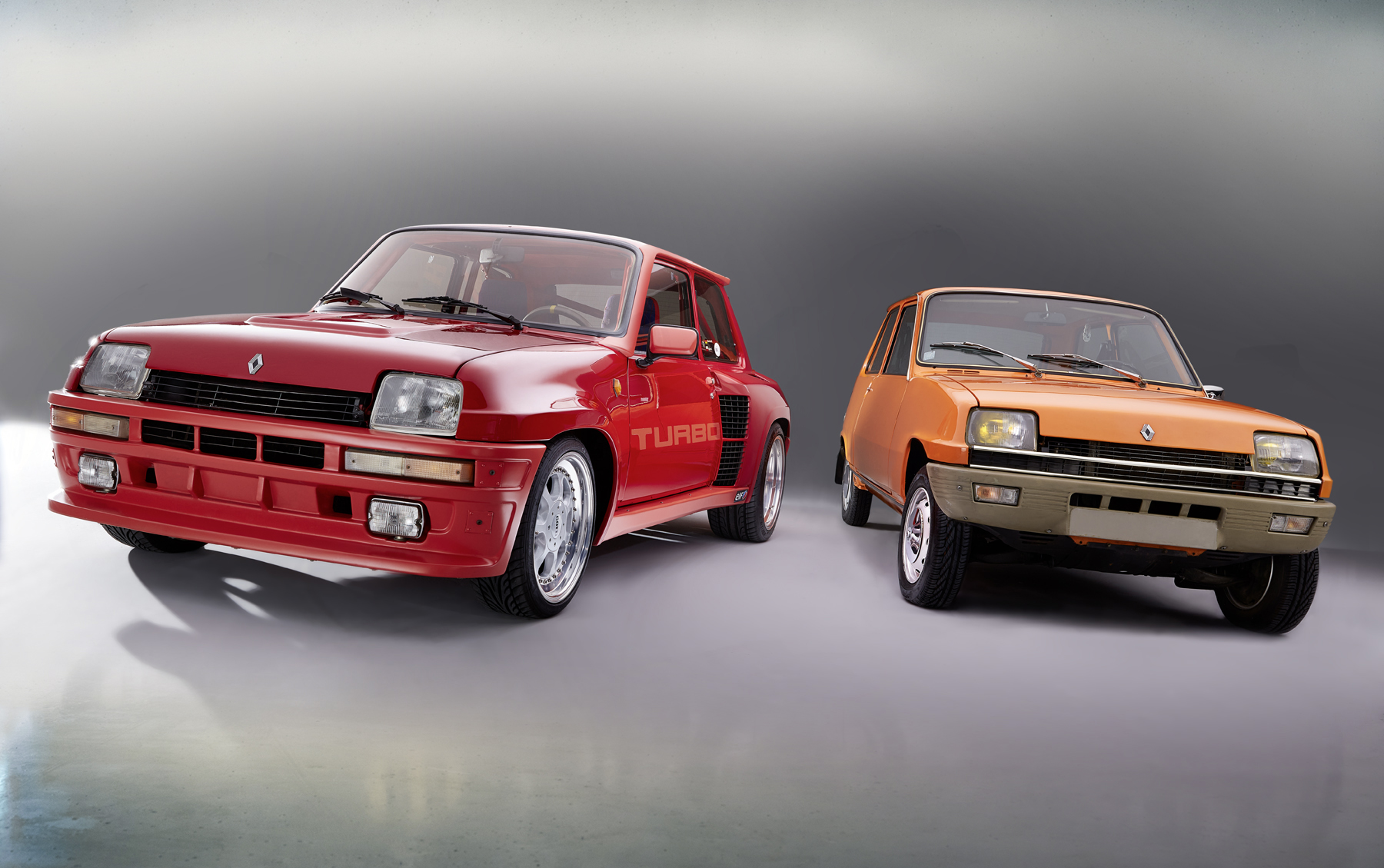 After an enforced pause due to the pandemic, the Bremen Classic Motorshow will open its doors on Friday, 3 February 2023. Once again, the halls of MESSE BREMEN in the heart of Bremen will be transformed into an El Dorado for classic car fans of all ages. Over one weekend, countless two and four-wheeled icons of motor history and hundreds of stands will attract visitors who can wander through the halls, admire the exhibits and chat to like-minded enthusiasts. Of course, the special show is traditionally the highlight.

A tame 36-hp shopping cart. Next to it a brutal 160-hp driving machine that, over a sprint, could in its day even show a Porsche its tail lights. What do these two wildly contrasting cars have in common? The series and the name: Both are Renault 5s – and come from the same model generation. „We’ll present pairs of brothers with extreme differences like this in our special show The Mild & The Wild“, says Project Manager Frank Ruge. „Naturally, all the exhibits will be rare originals.“

The major exhibition launches the classic car scene every year under the slogan „We kick off the season“. Visitors in 2023 can expect to be amazed by seven of these incredibly unequal pairings. From the meek 50-hp basic Ford Capri to its motor-sports counterpart, the RS 2600. The 1300-cc strait-laced version of the Audi 80 next to its once unbeatable rally variant, the Sport Quattro S1. The oil-crisis-conscious BMW 1502 and the spoiler-heavy „Widowmaker“ 2002 turbo. „Surprisingly, the bare-bones basic models in good condition are much harder to find than their muscular brothers who sold for up to one million euros and were soon snapped up by collectors“, says Frank Ruge.

Many regulars to the Bremen Classic Motorshow can already hardly wait to see the spectacular special show. Because of the Covid pandemic in 2021 and 2022, they had to make do with an online version of the show. Needless to say, this was a poor substitute for the excitement of the live experience. Despite that, many classic vehicle fans were full of praise for the online event. The general consensus was that the BCM organisers offered a varied, high-quality stream instead of simply cancelling the event altogether.

Goody-two-shoes, no-frills weaklings nose-to-nose with their bad-boy racing brothers. On one side crocheted loo-roll covers and nodding dogs in the rear window, on the other snarling, pumped-up engines under the bonnet. At last, visitors will be able to see these incredible contrasts in the special show „The Mild & The Wild“. Possibly the most extreme pairing is the granny-mobile, Golf-class Lancia Delta 1300 and the excessive, up to 500-hp centre-engine all-wheel transformer Delta S4. Apart from a vaguely similar body shape, the Delta shares little more than the radiator grille and the rear lights with its kid brother.

What other pairings can visitors look forward to? No spoilers here – fans can find out for themselves and enjoy all the excitement at the Bremen Classic Motorshow 2023. 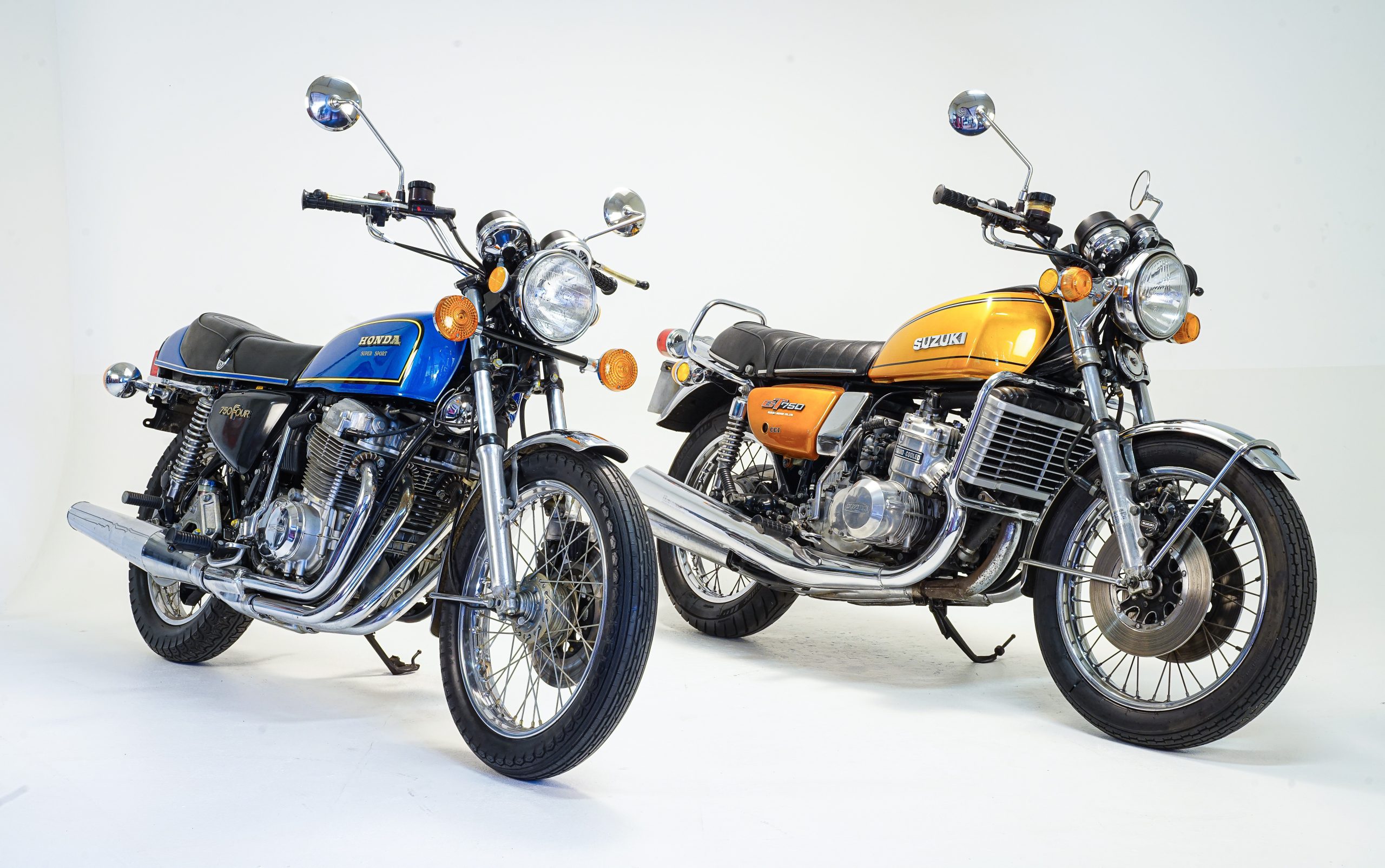 The decades-long rivalry between two-stroke and four-stroke engines

Two-stroke or four-stroke? This was the hot topic in the motorcycle world during the 20th century. Two-stroke bikes were considered rough, vigorous and agile, four-strokers cultivated, heavy and high-maintenance. From Friday 3 to Sunday 5 February 2023, the Bremen Classic Motorshow and its cooperation partner PS.SPEICHER in Einbeck will review this epic battle at the MESSE BREMEN exhibition site. Based on 24 carefully selected models, the special show „Four-stroke or two-stroke – a question of faith“ will demonstrate the development of this contest over the decades.

„In 1913, two-stroke engines gained the upper hand for the first time“, says Frank Ruge, Project Manager of the Bremen Classic Motorshow. „In that year, a two-stroke Scott unexpectedly won the Tourist Trophy on the Isle of Man. At the time, this was the world’s most important motorbike race.“ The much larger community of four-stroke fans was shocked. Manufacturers felt they had lost face, their engineers felt challenged. This was the start of the competition between the two systems to dominate technologically and win customers‘ hearts.

The two-stroke engine with its double firing order and fewer moving parts was an attractive option for engineers and dealers. Low-cost production, low weight and good power generation on the one hand, but difficult lubrication, high fuel consumption and tricky gas changes on the other.

Visitors to the Bremen Classic Motorshow will be able to follow the long journey of two-stroke engineering from the 1920 Scott Squirrel to the 1989 Yamaha RD 350 YPVS. The four-stroke types on show will range from the exemplary 1922 Douglas Boxer to the exotic 2003 Petronas FP1 superbike racer.

Between these two reference points, two-stroke and four-stroke bikes from all classes will be on show in Bremen: The Simson Star and Moto Morini Corsarino Mokicks will stand next to the barely known Moto Guzzi Galetto and the Progress Strolch. Also represented will be superbikes from the glam-rock era such as the Honda CB 750 Four and the Suzuki GT 750, the legendary „water buffalo“.

Sporty 250 versions with both drive concepts were already available in the 1930s. The lightweight BMW R 23 and the complex Triumph BD 250 (both dating from 1939) demonstrate how progress was driven in the 250 class. The 1958 Gilera 150 Rossa Super and the DKW RT 175 S underline the sharp contrasts between road models with sporty driving characteristics in the late 1950s.

And that’s not all: Visitors to the Bremen Classic Motorshow will be able to admire racing bikes, enduros, classic mopeds, young classics, scooters, superbikes and auxiliary engines for bicycles. The show will take place from Friday 3 to Sunday 5 February in the halls of MESSE BREMEN. The opening hours are 9 a.m to 6 p.m.

Some cookies are essential for the website to function, while others help us to continually improve it. So we use analysis cookies to recognize users on our website. We use marketing cookies to measure the success of our campaigns and to better target users, including outside of our website. You can customize which cookie categories you allow and which you don't.
Accept
RejectAdjust
Data protection

Im Folgenden sind die installierten Cookies aufgeführt:
Others
Other uncategorized cookies are those that are being analyzed and have not been classified into a category as yet.
Advertisement
Advertisement cookies are used to provide visitors with relevant ads and marketing campaigns. These cookies track visitors across websites and collect information to provide customized ads.
Analytics
Analytical cookies are used to understand how visitors interact with the website. These cookies help provide information on metrics the number of visitors, bounce rate, traffic source, etc.
Functional
Functional cookies help to perform certain functionalities like sharing the content of the website on social media platforms, collect feedbacks, and other third-party features.
Save & Accept